The second annual Feminist Art History conference wrapped up on Sunday after three days of fascinating feminist scholarship, great networking opportunities, and more than a few chances to refuel at coffee breaks and receptions. Thank you to everyone who attended, both presenters and participants! If you couldn’t make it this year, here’s a recap of what you missed.

The conference kicked off with a luncheon and curator-led tour of the exhibition Seeing Gertrude Stein: Five Stories at the National Portrait Gallery. The first conference session also took place at the NPG, appropriately titled “Feminisms, Sexualities, and Gertrude Stein (Part I).” Catharine Stimpson from New York University and Deborah Kass from Yale University spoke, and then panelists and participants discussed the exhibition.

After an afternoon at the NPG, conference attendees were treated to an opening reception and choral concert at the Katzen Arts Center at American University. Special thanks to the AU Chamber Singers and conductor Daniel Abraham for their program of music by women composers, “Gender Settings.” 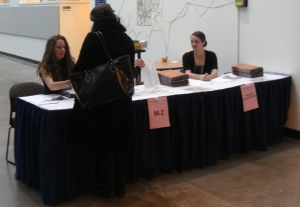 Saturday featured three sets of three sessions with four speakers in each. Themes ranged from “Female Agency: France and America” to “Challenging Canonical Relationships.” In the “Female Agency” session, Lynn Clement spoke about images of the pétroleuses, women who supposedly participated in the burning of buildings in Paris in the aftermath of the Commune. In the “Challenging Canonical Relationships” session, Joan Marter of Rutgers University discussed women artists with a Pop Art aesthetic who have not been recognized as part of the (assumed to be male-dominated) movement. 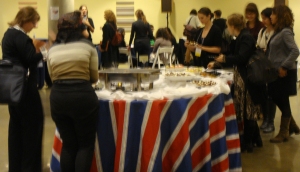 After a long day of sessions, conference attendees headed over to the Katzen Arts Center rotunda for a reception before the keynote speech. The keynote was given by Mary D. Sheriff, the W.R. Kenan, Jr. Distinguished Professor of Art History at the University of North Carolina at Chapel Hill. Sheriff’s talk, entitled “The Future of Feminist Art History. Where Have We Come From, Where Are We Going?” advocated continuing to push the boundaries of feminist methods of interpretation. She discussed the eponymous Gauguin painting, Where Do We Come From? What Are We? Where Are We Going?, in conjunction with Fragonard’s The Souvenir and Cassatt’s murals from the Woman’s Building at the Columbian Exposition. 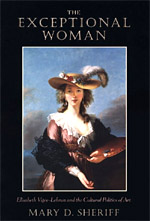 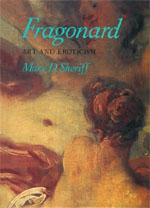 The conference concluded on Sunday morning with one final group of three sessions: “19th and 20th Century European Art,” “The Body,” and “Feminist Art and Politics.” Presenters included Elise Archias of California State University, Chico, who spoke about Carolee Schneemann’s Eye Body (1963), and Karla Huebner of Wright State University, who discussed an inversion of gender roles in the partnership of Czech artists Jindřich Štyrský and Toyen.

We are already looking forward to next year’s Feminist Art History conference, November 9-11, 2012. Watch for the call for papers next spring. Thanks again to everyone who participated!